Well, this news came out of right field for me (or right corner?). 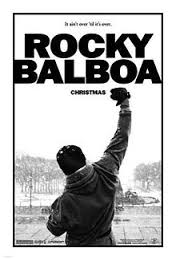 According to cinelinx.com, Sylvester Stallone will be co-writing and participating in a spin-off feature titled “Creed”,  which will be a pseudo sequel to Stallone’s hit Rocky series.

The film will be directed by Ryan Coogler and will star both Stallone as Rocky Balboa and Michael B. Jordan in the title role as Apollo Creed’s grandson, who will look to Rocky to train him when he decides to follow in his grandfather’s footsteps and become a professional boxer.

I like this idea mostly because I love Rocky. Who doesn’t? I mean, he did single handily stop the cold war by fighting and defeating Ivan Drago in Rocky IV. How could you not love that?

The story is not really a new concept, even to the Rocky series. “Rocky V”, the weakest of all the movies, saw Rocky training Tommy “The Machine” Gunn until Tommy eventually back stabbed Rocky to which Rocky beat the hell out of him in an entertaining street fight.

Despite the plot not being brand new, it does fit with the series and the progression of the character. The last time we saw Rocky, he was battling the desire to get back in the ring to prove that he still was capable of standing his ground, even in his 60s. Now that he has that out of his system, he can use his boxing knowledge to help Creed’s grandson become the next greatest boxer.

I guess time will tell if this new approach will be a hit or a miss. Either way, I’m excited to see Rocky back on screen, even in a supporting role.