If you look at the title of this article you will already have gained my perspective on the news I am about to discuss. Now, you are probably saying, “Then why discuss it at all?” I’ll get to that in a second. Casting rumors come and go. Over the years, I have read a boatload of doozies. Some I was really glad they didn’t come to be. Others I was genuinely sad to see not happen.  So, on most occasions, I ignore these rumors and move on.

Now the reason I am discussing this topic is because  I am a Star Wars fan through and through. I take the good. I take the bad. I take it all. I have enjoyed every episode of the series. While some were better then others, they each added to the story as a whole and I like the arc of the Skywalker family. So, when the latest rumor came about I figured I had to discuss it at some point because it is about Star Wars.

According to a variety of online sources, the latest casting rumors involving Episode VII is that Zac Efron and Ryan Gosling are in talks to take on undisclosed characters in the upcoming continuation of the Star Wars saga. 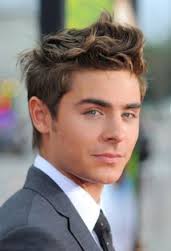 I will say this about the topic-I hate this idea. I hate it to the very core of my being.

I will not deny that Ryan Gosling is a great actor, but he is too known to be in a Star Wars movie. And Zac Efron isn’t a terrible actor, but he has done nothing memorable to make me enjoy him. For me, all he has really done was look pretty and be on a billion different magazine covers.

In my opinion, the great thing about the previous movies is that they were done with relatively unknown actors, which made me believe (as much as one can) that what was happening on the screen was real.  Sure, I knew Samuel L. Jackson, Liam Neeson and Ewan McGregor before they were cast in lead roles, but it was not as if they were stars you saw in the tabloids every day. They weren’t heartthrobs like Efron and Gosling.

I am a bit biased when it comes to this. Maybe it will happen and perhaps they will be phenomenal in their roles. I just know that if they are chosen to be in the film it will probably diminish my enjoyment of the movie a little because whenever they are on screen I will simply be thinking, “Hey, there is Zac Efron/Ryan Gosling wielding a light saber.” Not really my thing.