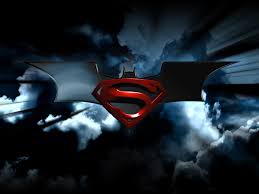 Today we have a bit of shocker in terms of superhero news. According to hollywoodreporter.com a well-known superhero will be participating in the upcoming sequel to this summers big hit “Man of Steel.” Is it Aquaman? Sadly, it is not. The Flash? Nope. Wonder Woman? You wish! Figure it out yet? I’ll give you a hint. He’s the hero Metropolis deserves and the one it needs in the next installment to the new and improved Superman series. Yes, it is The Dark Knight himself.

I can say, without a doubt, this is probably the smartest thing that DC Comics could do. With the “Justice League: The Movie” in the pipework, it was inevitable that Batman would show up in some form. Many hope that Christian Bale will return to reprise his role as Batman/Bruce Wayne although Bale is pretty adamant about leaving the cape and cowl on the hanger. Which stinks, but I understand. It would sort of undermine what he helped to create in the original trilogy. Rumors have been stewing that a possible replacement could be Joseph Gorden Levitt since we saw what his fate was at the end of “The Dark Knight Rises”. While he may be a decent Batman, he would never be Bruce Wayne and I can’t take Batman seriously if it is not Bruce Wayne under the cowl. I think bringing in fresh blood is the best thing to do. Do I really want DC to reboot the franchise after such a successful and amazing trilogy? Not really, but DC should have thought about that before they set “The Dark Knight Trilogy” in a stand alone universe. Batman is a pivotal member of the Justice League. You can’t do a movie without him and I would rather see him to be gradually developed then to be slapped on the big screen in another re-imagining. I guess time will tell on this one. Regardless, I still think it’s pretty awesome.