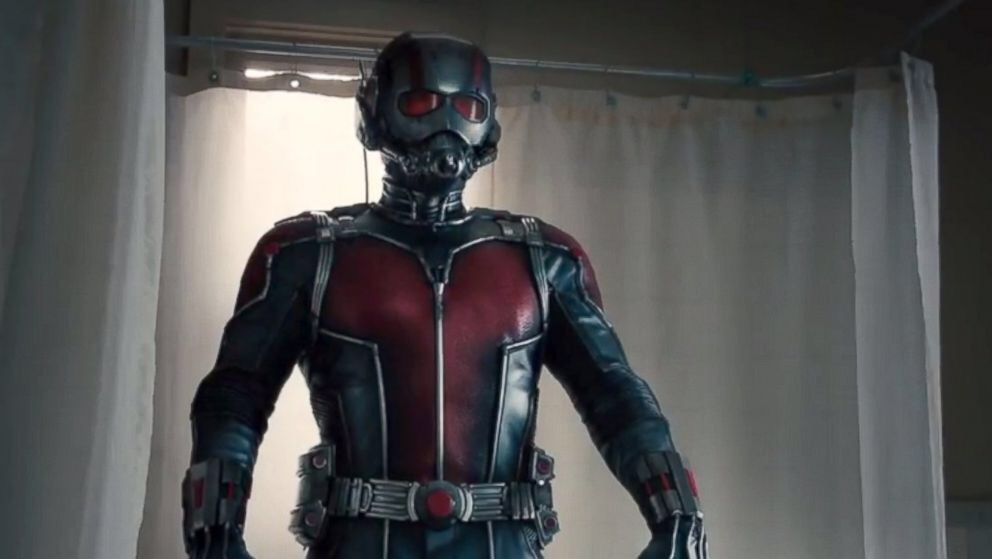 Like I said in an earlier post, I am not the biggest fan of the upcoming adaptation of Marvel’s Ant-Man. I can always blame this on Wright’s departure right before principal photography began, but I think it’s the overall aura of its production and how Marvel seemingly has micromanaged the film. It just fills me with a sense of dread.

So, with that said, the new full trailer of Ant-Man was released today.

It’s good! Epic? No. Great? No. Good though. It gives the basic setup for the film, which is fairly generic. Hank Pym hires Lang to steal the Ant-Man technology so it doesn’t fall into villainous hands. It works, but it doesn’t break into any real new ground, which is fine I guess.

The only thing that makes this trailer standout is the impressive visual effects. Not surprising, the visuals look fantastic and watching Lang morph from big to small are awe inspiring and his fights with Yellow Jacket are tremendous, which does further give me hope for the final product.

On the acting side, Paul Rudd has a few jokes that will make you smile. Michael Douglas monologues. Evangeline looks stunning and Stoll looks menacing and bald. Beyond that, nothing really stands out as they let the visuals do all the talking. Which, again, is fine but I’m curious why they chose to put the characters second hat to the visuals. It is a stellar cast, but perhaps because Ant-Man is a semi-cheesy concept they wanted to wow naysayers. I guess they succeeded.

Anywho, check the trailer out below:

Ant-Man is due to hit theaters Juky 17th.