It has been roughly 14 hours since news hit the web that Ben Affleck has signed on to play Bruce Wayne/Batman in the upcoming sequel to this years hit “Man of Steel”. Right off the bat (no pun intended) most people were admittedly against  it. Some have already vowed not to see the sequel solely on the fact that Affleck is in the movie.

I think so but I won’t lie; I understand why they are resistant to the idea.

For the last eight years Christian Bale has been Bruce Wayne/Batman. He truly was the physical embodiment of the character. Like Daniel Craig is for Bond and Robert Downey Jr. is for Iron Man, Bale was for Batman. The idea that someone else would be stepping into the cowl was beyond everyone’s comprehension. Most still held out hope that Bale would stay on and play the Caped Crusader again and for a little while the idea seemed possible. Rumors swelled that he was offered up to fifty million dollars to take on the role. With that kind of offer on the table what person in their right mind would say no?

Well, if the offer was true then, my friends, Bale said no.

And with that, Bale’s time as Batman is officially over and now it is time to move on to the next generation of Batman if you like it or not.

Now, the real question everyone who has come to this page to find out: do I think Ben Affleck is the right fit for Bruce Wayne/Batman?

In order to determine that, we have to look at what makes the perfect Bruce Wayne/Batman. First, the person playing the character would need to look the part and I am not just talking about Batman. Anyone can look like Batman due to the fact that all you really see is the lower part of his face. No, the actor playing the role needs to look like Bruce Wayne  and I won’t deny it – Ben Affeck looks the part.

If you look below, you kind of get a nice comparison of the two: 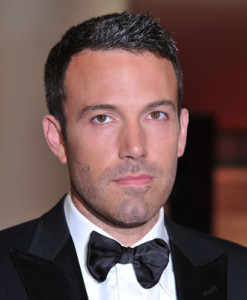 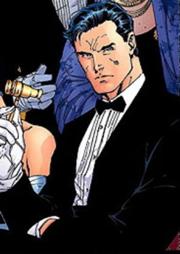 What about his age? Are we looking for a young Bruce Wayne/Batman like we saw in “Batman Begins”? Snyder has said that his version of Batman will be an older one. Someone who is a seasoned superhero  and has seen the horrors of the world. If that is the case, then you would need an older actor to play the part and Affleck just turned 41 on August 15 (Happy Belated Ben!).

What about the physical aspects of Bruce Wayne/Batman? Both characters are physically strong and intimidating. Affleck has been able to bulk up for a number of different roles in the past and I will not doubt that Snyder will have him doing the Gym Jones routine to really bulk up for the role. In my opinion, if Edward Norton can look as intimidating as he did in “American History X” then pretty much anyone can bulk up to the right size in Hollywood (except Topher Grace, obviously).

So far Affleck also has the physical traits to play the character.

Now, the most important part – is he able to pull off the duality of the role? Does Affleck have the range as an actor to play a billionaire playboy by day and a ruthless vigilante who stalks the rooftops at night? Basically what I am asking is will he be able to pull off the cape and cowl? I can honestly say that I don’t know. I can assume like everyone else is that he won’t be able too, but I have been pleasantly surprised in the past with people whom I thought would be terrible in a role and in the end they owned it. I brought up Craig earlier as Brosnan’s replacement as James Bond.

No one believed that a blonde actor could pull off Bond.

Well, he showed everyone and he turned out to be the best Bond since Connery.

Five years ago I was like everyone else and I thought that Heath Ledger could not be Joker. It was impossible for a man who was only really known for playing a teenage heartthrob in “Ten Things I Hate About You” and closeted homosexual cowboy in “Brokeback Mountain” to pull off the menacing evil that is The Joker.

Well, everyone knows how that turned out. Can you say Oscar?

With that in mind is it possible that Ben Affleck could be a decent Bruce Wayne/Batman? Yes, I am saying it now, it is possible that Ben Affleck could be a good Bruce Wayne/Batman. People look at Ben Affleck and they see “Gigli” or they see “Reindeer Games”. Sadly what they don’t see is what he has become since then. They don’t see “The Town” and they don’t see “Argo”. This man seriously has grown as an actor. Yes, he made some terrible movies in the past but a lot of actors have. It is what he has done since that shows his true character. He turned it around and learned from his mistakes and it is because of that transition that I feel he could pull it off.

In the end I will give Affleck the benefit of the doubt until I see what he does with the role. I will give him a chance to step into suit and see if he runs with it like Bale did or just crashes and burns with it like Clooney. Time will tell  if this little experiment works but in my opinion I say to just give Ben Affleck a chance and don’t forget that he was the bomb in “Phantoms.”