Do you know what I love about Dwayne “The Rock” Johnson?

The man can do no wrong and he is willing to try anything. He can headline a major action film, such as this years San Andreas,”. He works well in assembles (Fast and Furious series). He has done reality television. He has done children’s movies and comedies. Truly, this man can do everything. 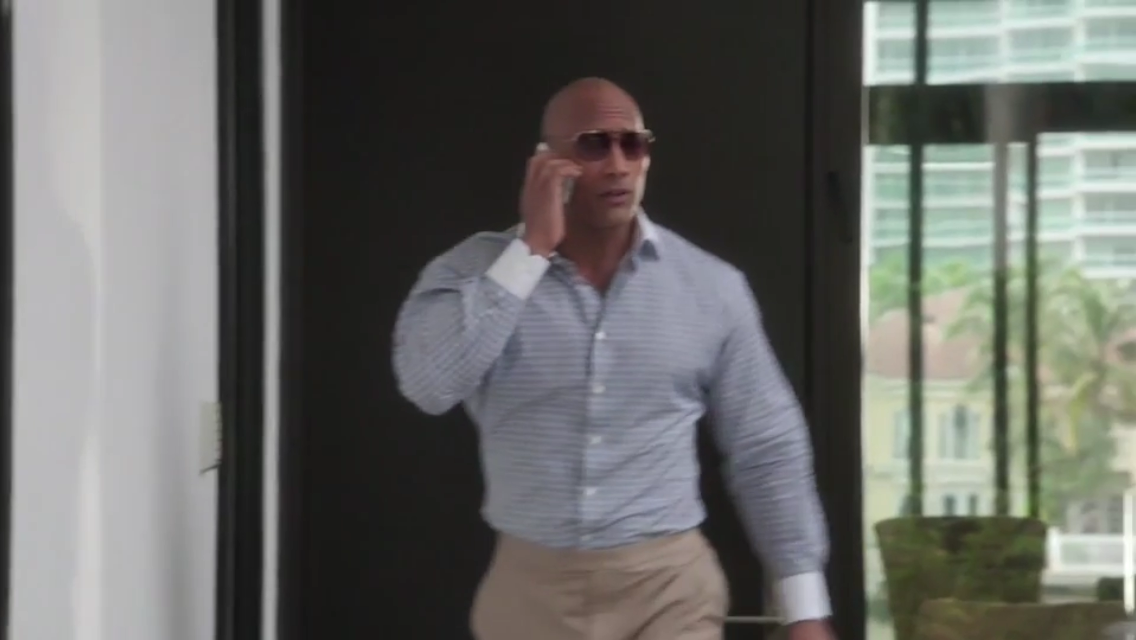 So now it’s Johnson’s turn to put his hand in on cable television.

Ballers, which will premier in July on HBO, follows Johnson, a former pro-football player turned financial advisor for upcoming and current pro-football players. The look of the series is slick and stylish, which is not surprising seeing that the pilot episode has been directed by Peter Berg. Over the years there have not been many network television shows that are focused on the world of pro football. The last show, at least according to my limited recollection, that attempted to look at the harsh world of professional football, Playmakers, was squashed by the NFL from what I believe was concern over how negatively it depicted professional football. Now, if any station can give you a gritty, realistic look at what goes on behind the curtain of a professional sport, HBO would be the network to do so.

The first trailer for season one of Ballers premiered yesterday. The trailer shows you just enough to give  you a basic understanding of the series but not enough to really give you an idea of what the overall conflict is of the series. I am assuming the focus is on Dwayne Johnson’s struggle with living a life outside of pro football and building s legitimate business. The show looks intriguing but if it weren’t for the presence of Dwayne Johnson I may be less interested in watching.  Johnson truly does bring a great deal of legitimacy to anything he is involved in.

Check out the trailer for season one below:

Ballers premiers in July on HBO.